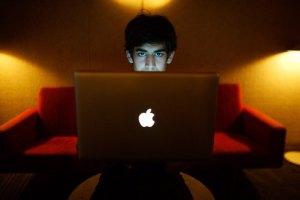 MIT hosted the Leary-Lettvin debate of 1967. This debate pitted the LSD guru, Timothy Leary, against MIT professor Jerome Lettvin. Lettvin argued to a Kresge audience that government outlawing of some drugs, such as marijuana, was ludicrous. However, he also said that he could not “in good conscious advise people to break the law of the land.” He soon follows with the opinion that LSD is quite different than other drugs. Leary’s proactive endorsement of LSD, according to Lettvin, made Leary “a tool of the Devil.”

Why did Lettvin use such strong language? Well, one of the reasons was increasing rates of suicide at MIT. Into the 1990s, several suicides at MIT were linked to LSD use. Between 1964 and 2000, rates of MIT suicide were twice that of the national average. Most of these suicide victims were men. They juxtaposed an institutional environment where MIT students purchase shirts from the campus bookstore that say “IHTFP” (“I HATE THIS F***ING PLACE”…among many other interpretations). There is debate as to what this hate truly entails. MIT Admissions hosts a blog (link) where a former student talks about the meaning of IHTFP. She concludes that whereas you might love MIT, you will eventually hate it. Down below, in response to her post, students who are awaiting admission to MIT write very candidly that they will choose to suffer. One student writes: “I will give five years of my life…to get in”

Most outsiders would say, “But how do MIT student’s survive?” Well, athletics has helped many. Keeping your body busy is always helpful. Otherwise, fraternity life protects some students to some extent. During orientation in 1999, fraternities covered a large lawn at MIT and made incoming “frosh”(freshmen) feel like MIT was a home away from home. Still, in other cases, MIT students use drugs, alcohol, sex and many other tools to achieve equilibrium.

In 1999, when I arrived at MIT, it was a strange place. The campus marijuana dealer was a 20 year old white girl who rode her bicycle from her East Campus dormitory, across the Charles River, to fraternities on Beacon Street in Boston. She was a product of a period, just two years earlier, when MIT students praised themselves for being the biggest partiers in the nation. At that time, in 1997, an MIT student, Scott Krueger, drowned in his own vomit as part of fraternity hazing.

MIT fraternity life had been quasi-celebrated as an anecdote against the trials and tribulations of MIT academics. “Frat brothers,” as they called themselves, argued that they knew how to “work hard and play hard.” One MIT fraternity had a “balanced man” competition. They awarded men outside the fraternity for being the epitome of mental and physical health.

Outside of fraternities, MIT was described as a no-man’s land. That was one of the selling points of the MIT fraternities: tell incoming students how lame it was to be alone in campus housing. During the fall of 1999, a student suffocated himself on MIT’s East Campus in campus housing. Family members back in North Carolina sent me news articles. Like Kreuger, his death had made national news.

In the last 6 months, more MIT suicides have made national headlines. A recent article by the Boston Globe stated that the apparent suicide of Matthew Nehring was the third MIT student suicide during the 2014-15 academic year. These suicides are in addition to the suicides of a graduate student and professor during this academic year. The Boston Globe suggests: “MIT is known to have one of the nation’s most comprehensive counseling programs.” The Globe states in another article that MIT has made some improvements to its counseling in recent decades.

In the late 1990s, MIT HEALTH (the larger healthcare enterprise for the MIT community) was known as a place where you didn’t want to go. It was, quite literally, a place where students who needed treatment were made worse. It was rumored that students died there and that MIT had been sued because of its treatment of students. One of MIT HEALTH’s most important functions, it seemed, was to psychiatrically treat students. Many MIT students were prescribed lithium and Prozac. These students were often stuck between their status as MIT students (which included pressure from family/friends to accept the rigors of MIT life) and the refining fire of an MIT education.

I did a bit of digging and I found a paper on the website of the OpenCourseWare publication of MIT. The title is “Beavers and Prozac: Antidepressants at MIT.” It seems to be an undergraduate paper, but it is rife with truth. It shows an MIT HEALTH that not only saw large numbers of patients, but pressed MIT students to take Prozac and similar drugs. It shows an MIT HEALTH that might have bullied MIT students into particular types of treatment.

In reading “Beavers and Prozac,” I quickly remembered an article from MIT’s newspaper in the 1990s that discusses how researchers at MIT helped patent particular uses of Prozac in particular patient populations. There was no way that MIT HEALTH would push Prozac on its students in relationship to this research and these patents. Right?

Suicides, like other types of death, tell us a lot about the decay and disease that haunts humanity. However, we shouldn’t act like we intuitively understand this decay and disease. Recent MIT suicides come just a couple years after the apparent suicide of Aaron Swartz who was being prosecuted at the behest of MIT for crimes related to breaking-and-entering and cyber theft. At his son’s funeral, Adam’s father made it clear that he thought the U.S. Government was in on his son’s “suicide.” If so, what part did MIT play?

If you look back at the stories of MIT suicides, many seem questionable. In this questionability, we have the root of a quite phenomenal conversation about the relationships between human life and intellectual pursuit. The intersection is volatile. A former MIT student posted a video on YouTube that informs listeners – many of whom are probably MIT students – to seek help through a relationship with Christ.

So, shall we now call for a pathology report of MIT? Not an assessment of dead bodies. Not an analysis of diversity. But an examination of why the MIT community endures suicide and other mysterious deaths at such high rates. I think it is important, despite how much we (former students) respect what MIT is as an academic institution. Yes, an analysis of MIT’s pathogenesis – the creation of disease, sickness, and death at MIT – would be valuable as we attempt to understand why typically brilliant humans die before their time.